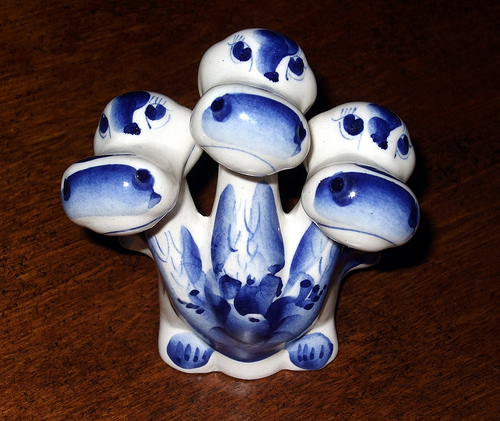 If there is a grain of truth in the folkloric tales, then we should believe that dragons lived everywhere on Earth. Chinese dragons are known worldwide. European knights were saving princesses from dragons for centuries during the early Medieval age. Aboriginal Americans had huge snake-like creatures that greatly resembled dragons. Even Russians had their own dragon called Zmey Gorynych (Змей Горыныч).

The first name “Zmey” means “a snake”. There are two interpretations as to what the second name, Gorynych, means. From a formal point of view, the name is a patronym. Some linguists believe that Gorynysh is derived from “gora”, which in Russian is “a mountain”. Other linguists think that the name is derived from the verb ‘to burn’ (гореть). Both versions seem convincing since Zmey Gorynych lived in mountains and caves and spat fire, burning everything in sight.

Zmey Gorynych is a male creature with three heads and wings. We don’t know much about his wings, but somehow he flies. In some folklore stories (bylinas), when a hero cut one of Zmey’s three heads off, another three immediately sprout in its place. Some dragons (probably Zmey Gorynych’s distant relatives) had 5, 7, 9 or even 12 heads.

However, the main problem with Zmey Gorynych was not his fire-breathing ability. The dragon demanded young virgins every year and committed mass destructions if his demand was not satisfied. Once, he kidnapped a niece of Kiev’s king, which later proved to be a fatal mistake. A superhero (‘bogatyr’ in Russian, ‘богатырь’) named Dobrynya Nikitich promised the king to rescue his niece and, like any superhero, he was very persistent with his intentions. He killed Zmey Gorynych in a three-day, three-night uninterrupted battle and brought the girl safely back to Kiev.

There is a common belief that Zmey Gorynych was a personification of the steppe tribes that were terrifying Russia for centuries. What puzzles me is that in many bylinas, the steppe tribes are referred to as “pagan force”, so why would one tale use a mythical creature while another directly name the source of danger? Also, we should keep in mind that the idea of fighting a snake or a dragon is common for many European folklores, both Eastern and Western, could still be seen as a symbol, but of something more abstract, like evil itself.

A few weeks ago, I found a ceramic Gzel-style statuette of Zmey Gorynych on the Internet and couldn’t resist buying it. The little dragon is now guarding my home against evil spirits.