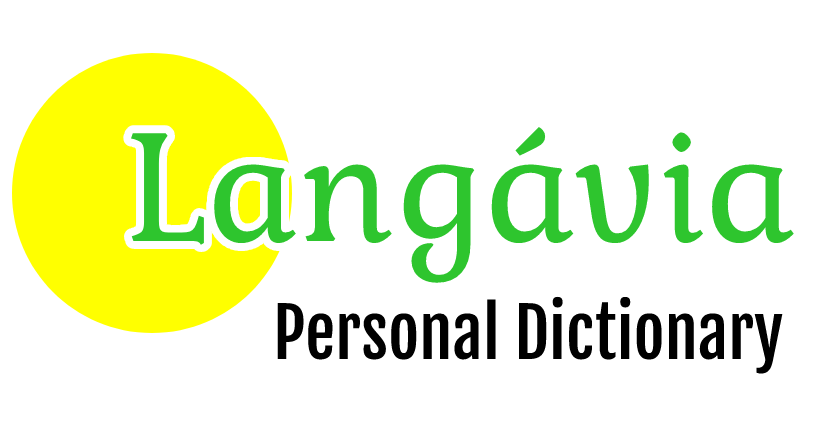 If you ask language learners what the hardest part of acquiring a new language is, many of them will probably say, “Building a decent vocabulary so that I stop sounding like a four-year-old.” Adult learners usually experience fewer problems with conceptualization and understanding the structure and grammar rules than kids, but memorizing new words and expressions becomes more challenging with age.

Linguists and psychologists have been studying human memory in its regard to language acquisition since the early 20th century. Some of those findings were used to design new teaching approaches and language apps. Spaced repetition method, for example, gave life to many new applications, more or less gamified. The method works fine because it is backed by science . The problem with building a sufficient vocabulary, however, may lie deeper and cannot be entirely solved by tricking the brain into memorizing hundreds of words.

Imagine a swimming coach who first teaches students how to swim in a gym and only later, after many hours of “practice”, lets them swim in a pool. While lying on the gym floor, you may memorize how to move your legs and arms in different styles, learn the theory of how to breathe while pacing the imaginary loops, but your first experience in the actual pool will be strikingly different. If you took swimming classes based on that method, you would probably feel scared and frustrated when finding yourself in water without solid ground under your feet. Similarly, language learners memorize hundreds of words and create vocabulary lists only to realize that they don’t know or don’t remember the words they need when watching a movie or holding a conversation with a native speaker. I believe many of my readers can recall that drowning sensation of diving into the real language for the first time.

However, that doesn’t mean that all language apps are useless. The space repetition technique, building associations between a word and an image (visual and acoustic), scaffolding method (increasing complexity of exercises), and so on — they all work. It’s just that the words should come not from a teacher or app designers but from your natural experience and exposure to the language.

The good news is an app already exists that allows you to build your vocabulary while reading a blog post, watching a movie, singing karaoke, or whatever you do — in your target language. The app is called Langavia Personal Dictionary.

Like many good inventions and businesses, Langavia was born because its creator couldn’t find a satisfying solution in the market. Ivan, the founder of Langavia, said:

“I learned English in school and, later, in university. After that, I tried to study the language independently, using various methods and techniques, but didn’t really succeed. I think my motivation was rather weak. In school, you learn a new language to get good scores. Later, you learn languages for “self-development”, but if you don’t need the language, your motivation fades quickly.

Everything changed for me when English became a prerequisite for my further professional growth, for obtaining better positions, including working abroad. I intensified my studies by taking private and group classes and trying language exchange sessions with native speakers. I invested a lot of time in my studies, but I still didn’t progress fast enough.

The real leap in my language learning happened when I started working with different authentic materials: mostly books and movies with subtitles, the ones that I liked. I translated them, analyzed the texts, and wrote down new words. At first, it was difficult. Sometimes it felt like my brain was melting. A ten-word sentence could contain eight new words, and it was hard. I worked slowly, trying to understand how to translate each word accurately so that it would fit the context. But eventually, I reached the level of understanding the language and its structure, after which the language came alive for me.

Then I realized that my major problem is poor vocabulary. New words don’t just jump into your head, you know, even if you encountered them several times and translated them again and again. I realized that I don’t need to learn just words. I have to work with the vocabulary retrieved from the materials that I actually worked on. Those were materials that I picked for one simple reason: they were interesting to me. So, they contained the vocabulary that I needed most.

By that time, I was familiar with quite a few language applications. I rejected the ones that offered ready-made vocab sets and started actively using the ones that allowed me to build my custom vocabulary.

I came up with a formula of language acquisition that proved to work for me: Teachers and textbooks are for grammar; work with authentic materials is for immersing into live language and building adequate vocabulary, and it should be a part of your daily routine.

At this point, the existing applications stopped being enough for me. Many of those apps had interesting ideas, but none of them had a system that would allow learning new words efficiently, without forgetting the ones that are already learned. I noticed that I spent too much time cleaning up my word sets from the words that I already know and don’t want to have in my lists anymore. Also, I couldn’t find an algorithm that would allow me to practice the entire vocabulary, not just the specific words I was learning at that moment. Many applications put the same words in rotation, forgetting the rest of the vocabulary, which is a waste of time.

I tried to find an app that would meet my requirements, but I couldn’t. So I put my thoughts together and started writing down all the features I wanted to see in an app. The list grew very long, and eventually, I realized that these are the specs for an app that I have to make myself…which I did.”

Indeed, Langavia is a language learning application that is different in many ways. First of all, it is designed for proactive learners. A user gets all the means and tools to create their own personal dictionaries. Each card contains a translation, a context in which you meet that word (which is crucial for memorizing), and an option to download a picture if you need it. The app will add an audio file automatically when you save a new card. You can pick works from literally everywhere — blog posts, movie subtitles, books, etc., and copy them in the app fast and conveniently. Practically, that means that you have to expose yourself to authentic materials in your target language, and do so regularly.

The algorithm of the app takes you through the set of exercises, putting words into different types of exercises depending on how well you remember them. You don’t have to think of which words you need to practice and in what way on a given day in order to keep your entire vocabulary refreshed. The algorithm decides that for you. Your primary task is to add new words regularly and spend about 30 minutes daily practicing them. Do that and, as Ivan says, “the progress is unavoidable.”

I tried the app for my Chinese studies. I am a complete beginner, so the idea of picking up words from authentic texts and movies, though very appealing, was unrealistic in my case. So I decided to use another app in order to build my custom vocabulary. That app was Duolingo, and I copied the words that I would want to learn first into Langavia, checked the translation, analyzed the characters (I always wanted to do that, but Duo didn’t have that capability), and created my own flashcards. Just by doing all that, I reached a deeper understanding of the characters and memorized half of them effortlessly.

The applications that I used before had one serious problem: You move from one set of words to another and never return to the previously learned material, unless you are super-organized and understand what part of the learned vocabulary is going to fade away from your memory soon.

Langavia seems to solve that problem. Even though I didn’t practice daily, I memorized the words that I added pretty well. The set of exercises, the algorithm that gets you through them, really worked.

As a beginner, I probably cannot fully utilize the potential of Langavia, such as adding the words from the authentic materials, along with the context. But even so, it’s been working for me, and I am determined to keep using that app in my language learning routine.

Would I recommend Langavia to anyone? Well, If you like learning languages for the sake of learning (This is not bad. It’s not that you want to achieve anything, you just enjoy the process.), then maybe a more game-like app would bring you more fun. Langavia is most beneficial for serious and proactive learners. If you are motivated to achieve fluency, and better yet, have practical reasons for that, Langavia has all the features you need.

What I Learned Using Duolingo