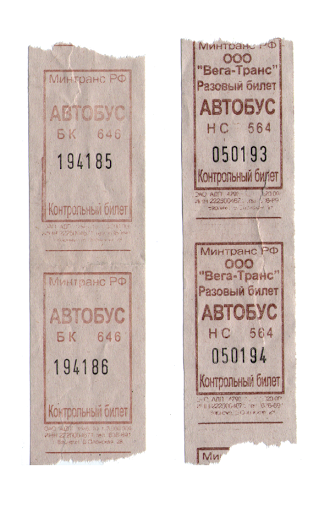 Using public transportation is one of the most important things that a visitor must learn upon arriving at a new city. In many Russian cities, you enter the bus, trolley or tram (streetcar), take a seat and then buy a ticket from a guard or conductor. Normally, this is a lady with a bag in her shoulders, obstinately moving up and down the aisle. Prices may vary, but normally a fare will cost you from 8 to 30 rubles, depending on city and mode of transport.

Although tickets in Russia don’t look fancy, the fare in Barnaul, Siberia is only 10 rubles (approximately, $0.3) compared to $3 for Toronto or Mississauga. In Siberia, tickets are a one-time fare, and it’s necessary to buy another ticket when transferring to another vehicle, no matter how long the journey is.

While writing this post, I found a great design idea: lucky ticket cookies! They are definitely more tasty than the ones made of paper. 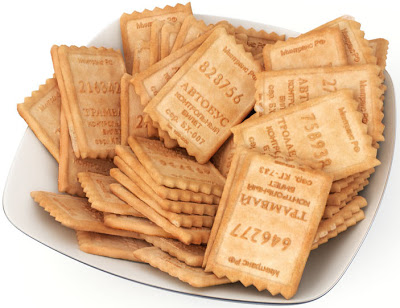