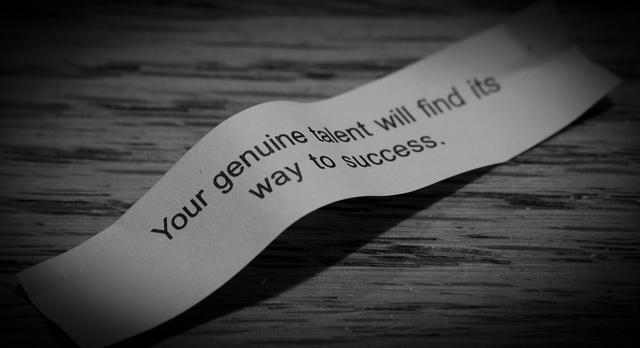 My dear readers, let me share with you a story of persistence, struggle, and success. A true story from my teaching experience. I hope, it will inspire you. I hope, you’ll find something here that will help you to accelerate your progress. I have been teaching Russian for three years only, yet I’m very proud of my students and thankful for each of them for their curiosity, enthusiasm, and friendship. This is the first story that I decided to share with you. Hopefully more stories to come.

Last year, I received a request for a Russian speaking practice from a Korean student. The student, a girl in her late teens (I’ll keep her name undisclosed), wanted to study in Russia for one year and needed to boost her speaking skills. The first introductory session revealed that the student had good knowledge of the Russian grammar, but her communicative skills were below the level that would allow her to live in a new language environment with comfort. The student was highly motivated since she was already admitted to a prestigious university in Russia. I had one month to help her develop language skills.

During this month we had 60-minute speaking sessions over the Internet two times a day – one in the morning and one in the evening. Sometimes, we could have only one session a day, and sometimes we had to skip a day or two for some reasons, but normally we spent 120 minutes a day practicing Russian. I have to note that I would actually suggest teachers and students to opt for one session a day, because biologically, our intellectual capacities are quite limited, and a student may need more time to acquire new information, so for many students taking one session a day would be more efficient and productive than taking two sessions every day and ending up feeling overloaded with new information. In this particular case, the intensity of classes was rather a necessity, and the student herself insisted in the twice-a-day mode.

One of the key features of our sessions was that neither of us spoke any other language besides Russian. Considering that the student would be in a Russian-only language environment in two months, I considered it useful to give her an opportunity to struggle with the necessity to express her thoughts, needs, and wishes in Russian.

Besides speaking practice sessions, I provided the student with links to various online resources from free online libraries to news sites, pronunciation guides, and YouTube channels relevant to her personal fields of expertise and interest. Thus, she could build her online environment so that she could immerse herself in Russian whenever she wanted.

Speaking and Listening, Writing and Reading

An important part of our routine was writing tasks. Every day the student wrote 15-20 sentences about the topics relevant to her life and/or on the topics discussed in the class. Writing tasks helped the student to learn and memorize new words, while I used the written texts to track my student’s progress and to spot/identify grammar patterns that needed to be explained or corrected.

Russian psychologists Aleksey N. Leontiev, Lev Vygotsky, and Alexey A. Leontiev pointed out in their works that intellectual development is only possible through active operations with objects. Second language acquisition is no exception to the general principles of cognitive activity, thus encouraging the student to use Russian by modeling natural conversation was my primary task and challenge.

After the first few sessions, I found out what topics were relevant to the student, what topics might resonate with her and cause a positive emotional response. Among other topics, the student wrote essays about her family, her pets, her city, her expectations on education and living in Russia, her travel experiences, her favorite food, the folk tales famous in her country, the movie she wanted to talk about and so on.

Having more time, I would organize the flow of the topics more logically, in order to cover as much helpful and frequently used vocabulary as possible, but considering the urgency, we both, my student and I, did the best we could. Every time, I would check her essays for grammar mistakes and explain the most frequent ones (I believe a teacher should correct only repeated mistakes or the mistakes that are the result of the influence of the student’s mother-tongue; this approach helps us focus on important grammar patterns and saves time). After that, we talked about the topic, I asked questions that really interested me, so our conversation flew naturally. Though the lively discussions were really hard for the student to support due to the limited vocabulary and lack of experience in conversational Russian, she didn’t show signs of stress. Rather she was involved in our discussion, forgetting that our conversation was a part of her educational course.

One month of intensive speaking practice proved my method to be efficient. The student made tremendous progress during the course. She overcame the language barrier and started talking freely. She started speaking more fluently and using her vocabulary more effective. She went to Russia, managed to settle in a campus, and eventually successfully completed her study.

I believe that the learning experience described above could be reproduced with other students (with some reasonable adjustments to their lifestyle, areas of interests, and personal goals). Second language acquisition ingrained into the student’s everyday routine proved to be a fast and efficient way to fluency.