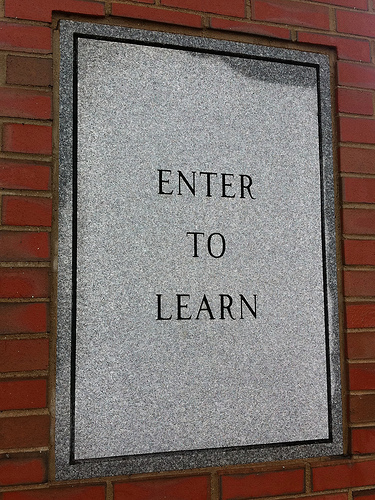 I’m a great supporter of online education. The Internet opens literally unlimited opportunities, for example, everyone can learn any language for free or next to free, while staying at home.

Once I had an online lesson with an English-speaking student who had managed to learn Russian by himself. He did a really great job. He spoke Russian fluently, even though he had never had formal language courses. He needed some speaking practice with a native speaker (me), so we talked for an hour about everything. Our conversation went smoothly. I finally asked him what he did to achieve such fluency in the language that is believed to be among the hardest to learn. He told me that he had been learning Russian for three years, and that his way to success lay through practice, namely:

He considers writing very helpful for memorizing new words and phrases, and for “switching from one language to another”.

I often suggest to my students to write as much as possible, because I have noticed that those who practice writing progress much faster. Don’t try to write long essays. Nobody expects you to compose another “War and Peace” unless you want to. Ten short sentences about the topics that are really interesting for you is quite enough. It is important to pick topics that are relevant because if you have nothing to say about a certain thing in your mother-tongue, you would hardly be able to master a text about it in a foreign language.

The student told me that when watching movies, he first understood about 60% of the dialogues, but it was easy to comprehend the rest from the context.

Understanding the bigger picture instead of looking up each particular word is a very helpful habit that every language student has to develop. When you watch a movie in the language you study, you do what you used to do when you were acquiring your mother-tongue as a small child: you try to make sense of what you see with the help of the context. Even though you don’t understand every word, you guess and then verify your guesses as the movie proceeds. By exercising this way, you train your language skills much more efficiently than when memorizing words detached from the context.

My student likes Soviet Sci-Fi. He tried to read Master And Margarita by Mikhail Bulgakov, but had to drop it after the first few chapters, because there were too many cultural references that are well-known to Russians but are rather obscure to people with a different cultural background.

Reading books in their original language is a pleasure of the highest class. Fiction is good in providing information about culture. Gestures, traditions, the way characters communicate, moral judgments – all these things that culturologists describe in their nerdy slang fiction writers manage to put into beautiful prose. Don’t be afraid to choose a book that is too hard for you, but be prepared to meet with strange, weird, unexpected things that you don’t know how to interpret. My personal approach toward fiction is “it is better to be hard and challenging than boring”.

My student said he preferred contemporary Russian rock. Another student of mine was crazy about Russian female pop-singers. Both spoke Russian very well, so it doesn’t matter what kind of music you like. What does matter is that you love those songs and can listen to them over and over again. Luckily, we are living in the epoch when the music of any genre is easily available on the Internet. Songs are particularly good for memorizing new words and how to pronounce them correctly.

When a movie or a book grips you, you don’t need to remind yourself “it’s time to practice Russian”. You simply watch and read, and enjoy the content without even thinking that you are learning a new language. Self-education does not require you to be a self-disciplined kind of person, at least when it comes to languages. Languages are all about passion and having fun. Otherwise, why bother learning them?

Why Word By Word Translation Sucks