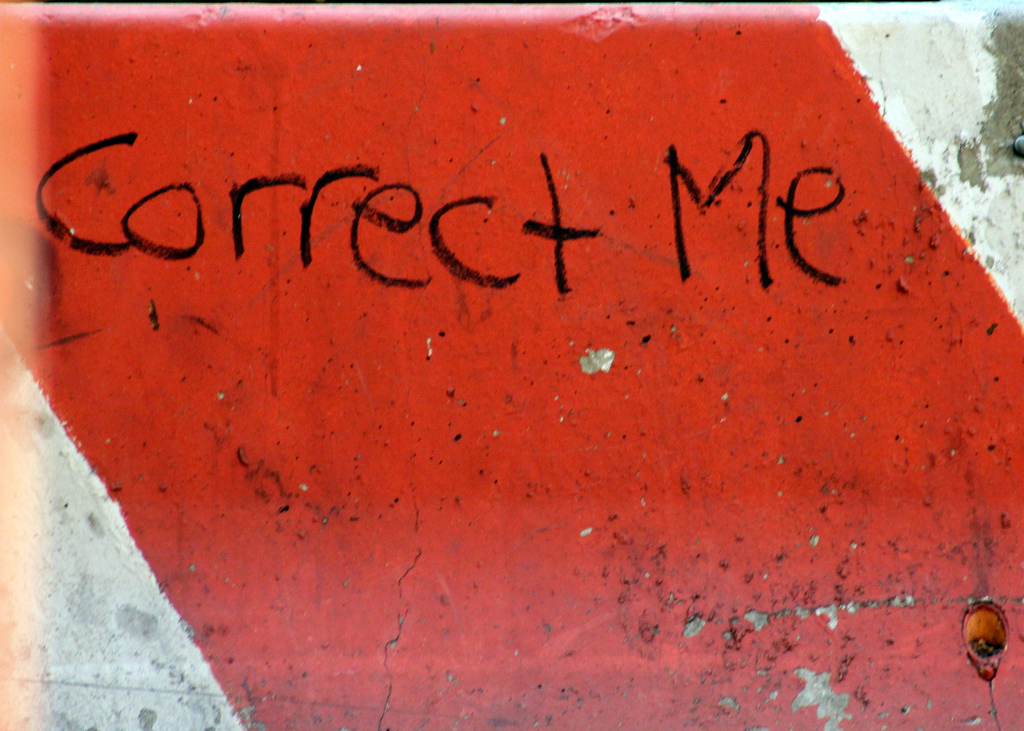 “There is a large Russian community in my city, and I have made friends with some Russians. We meet on weekends and chat. We talk a lot. But all we do is talk. Nobody corrects my mistakes, and I don’t feel that I’m making any progress,” one of my students once complained. His Russian was fluent, so we could communicate well in Russian. As I was his teacher, I corrected his occasional mistakes, but it didn’t hinder our enjoyable conversation. I knew exactly how he felt, because, after two years of living in an English speaking country, I struggled with the same problem: my English was good enough to communicate with native speakers, but native speakers never corrected my mispronunciations or clumsy grammar. They think it would be impolite, but I would prefer them to be being helpful rather than polite.

I recalled my talk with the student when I met my native English speaking friend, who finally allowed himself to correct my funny mistake. “Please keep me on the loop!” I told him. “Hmm, Eugenia, it is actually IN the loop, but I like your phrase better – on the loop, like hopping from one loop to another”, – and he jumped like a rabbit, making me and my husband burst out with laughter. Of course, I will never make this mistake again. Each time I use this phrase, my friend stands in my mind’s eye, jumping like a crazy rabbit. I wasn’t offended at all; I was very thankful. If only all my English-speaking friends were kind enough to correct me, I could integrate into the society much faster.

I can often read on the internet that being a language of international communication, English is being strongly influenced by other languages. Immigrants, business partners from other countries, tourists – the globalized world speaks English. Broken English. What you, my dear native speakers, could do, is to get rid of false politeness and help others to learn your beautiful mother-tongue. Of course, correcting other people is a delicate job. You have to find a way to sound non-offensive, but believe me, you can be really helpful – both to non-native speakers and the English language itself.

I’m in a good position to correct students of Russian – it is my job, actually. I don’t think that you can correct a total stranger without the risk of being rude. But if you know a person a bit better, you can, for example, echo the correct version of the wrong phrase or word keeping the natural pace of your conversation. By doing so you won’t accentuate your correction much, but still the English learner will remember the right version. You can also make a friendly joke like my friend did – it should work better in terms of teaching. Of course, people differ, and some may not like your corrections, but you will be surprised to learn how many people will actually appreciate your help!

Have you ever corrected any non-native speakers? If so, how did they react to that? Do you know any other ways to correct people in a non-offensive manner? How do you react to corrections from other people? Please share your thoughts with me!